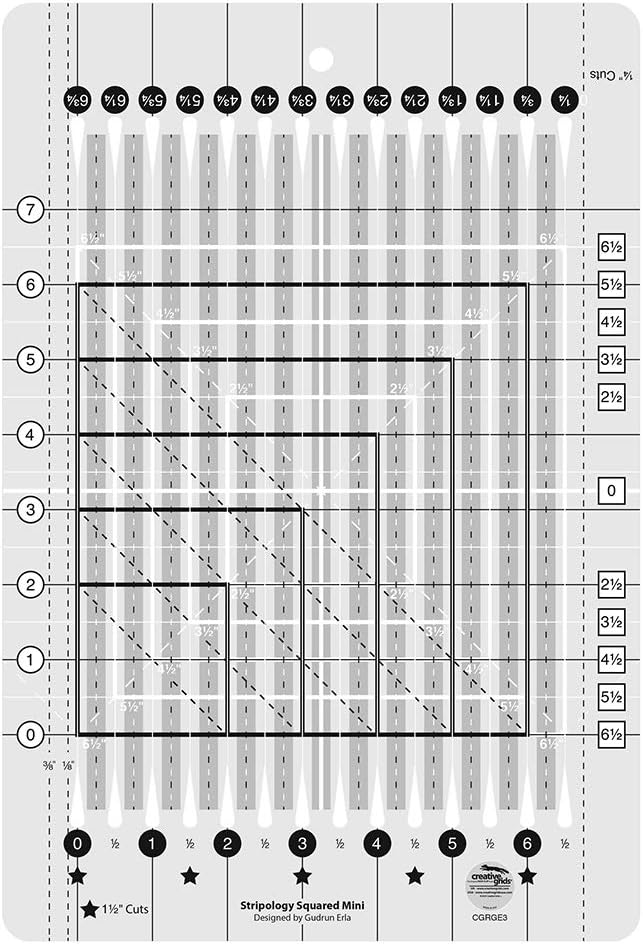 Creative Grids Stripology Squared Mini has all of the features of the original Stripology Squared ruler plus a few additional features you will love. It includes markings to square up half-square triangles, quarter-square triangles, and blocks up to 6 inch finished. The smaller size is easier to manipulate and makes squaring up blocks a breeze. Follow the easy-to-read markings - stars for 1 1/2 inch cuts and squares for 2 1/2 inch cuts, - no math required! Turn the ruler around and use the markings on the opposite edge to cut 1/4 inch and 3/4 inch cuts - no chart required. Or use the 1/8 and 3/8 inch dashed lines to cut eighth inch strips. The ruler slides easily over the fabric until pressure is applied. Then, exclusive gripper holds the fabric in place while cutting, eliminating slipping and miss-cuts!