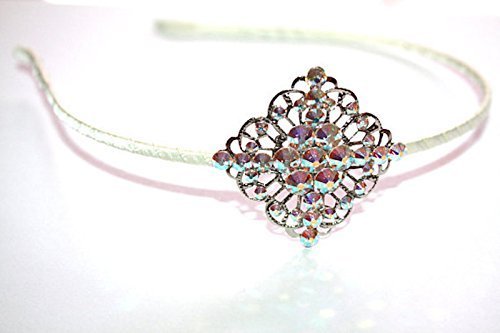 Very pretty and one of a kind. This unique headband comes in so many different colors. Each headband is wrapped with ribbon and the size of the band is 1/8" Filigree metal style pattern on the side to add such a great detail with Swarovski Rhinestones. Crystals in varying sizes from small to Large The headband has bent ends and can be stretched a bit to allow for a looser, more comfortable fit if needed.